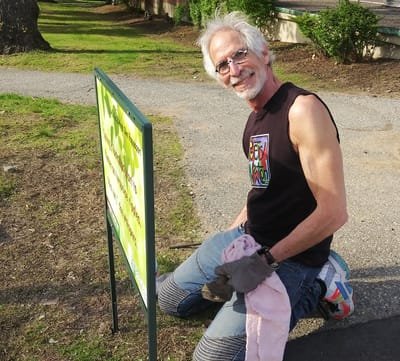 Poetry is always in bloom in Newton, Massachusetts – on sidewalks, in parks, and through a variety of events and public readings.

Each display panel features two haikus – one on the front, one on the back – that address some aspect of the theme Renewal: Celebration, Hope, Reemergence, Nature, Connection.

In early May, Grey and Elizabeth Lund, the project co-director, “planted” the haiku signs in two public parks: Newton Centre Green (banner photo, above) and Capt. Ryan Park. The signs remained there for two weeks, then were moved to the Upper Falls Greenway and the Waban Library.

On June 1, the signs traveled again – to the Newton Senior Center, at 345 Walnut Street in Newtonville, and the Nathaniel Allen House, 35 Webster Street in West Newton. The poems remained at the Allen House until July 23, when several of them moved back to the Newton Centre Green, to be part of the Linda Plaut Newton Festival of the Arts. The poems were accompanied by an interactive Haiku Hut. (See photo at right.) The signs at the Senior Center remained a few weeks longer.

As one passerby said of the signs, "They made me stop, think, and breathe." Another noted that the poems "talk to" one another, creating "an amazing and meaningful" respite in the midst of bustling village centers.

If you can't travel to Newton, enjoy this video tour of the Capt. Ryan Park display. 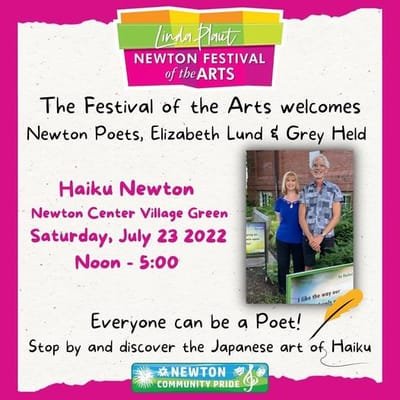 The winning poems (by category) 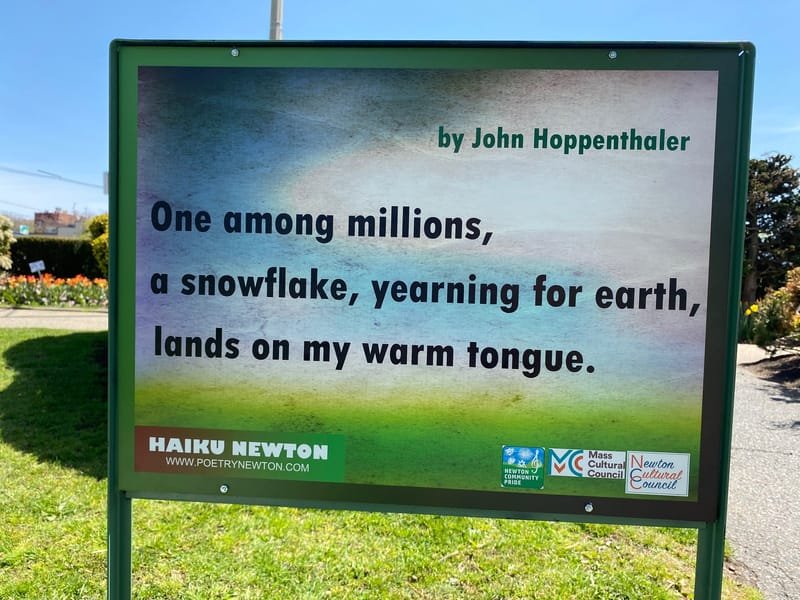 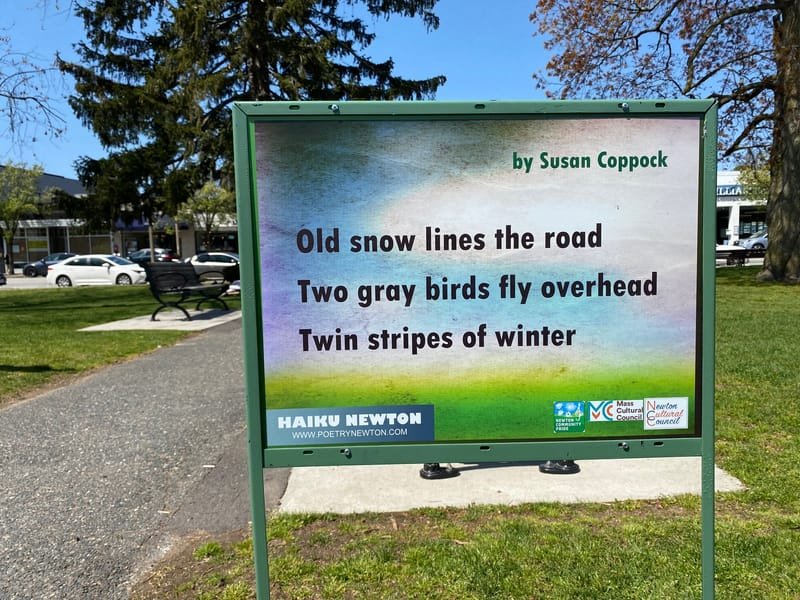 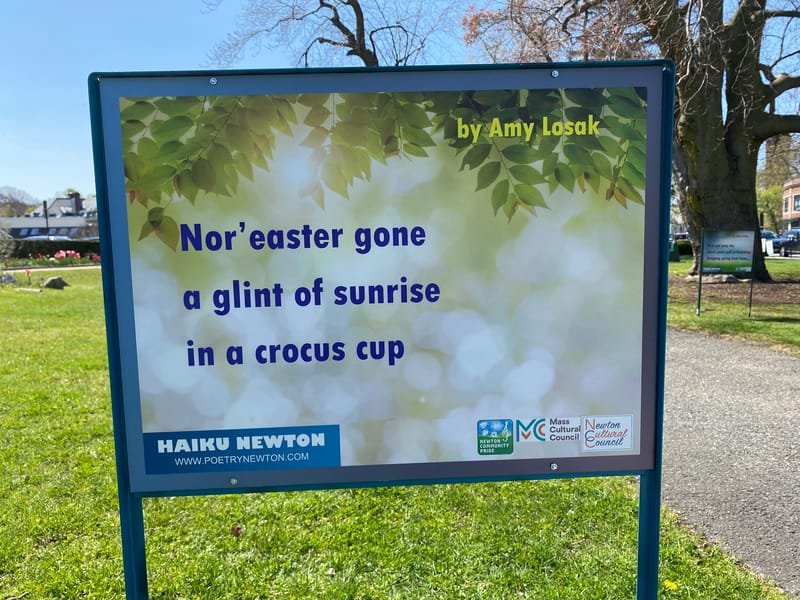 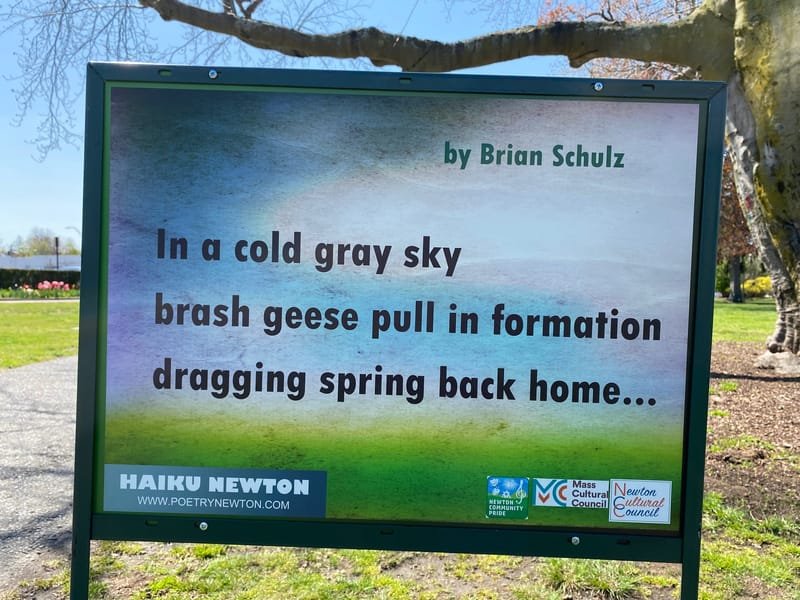 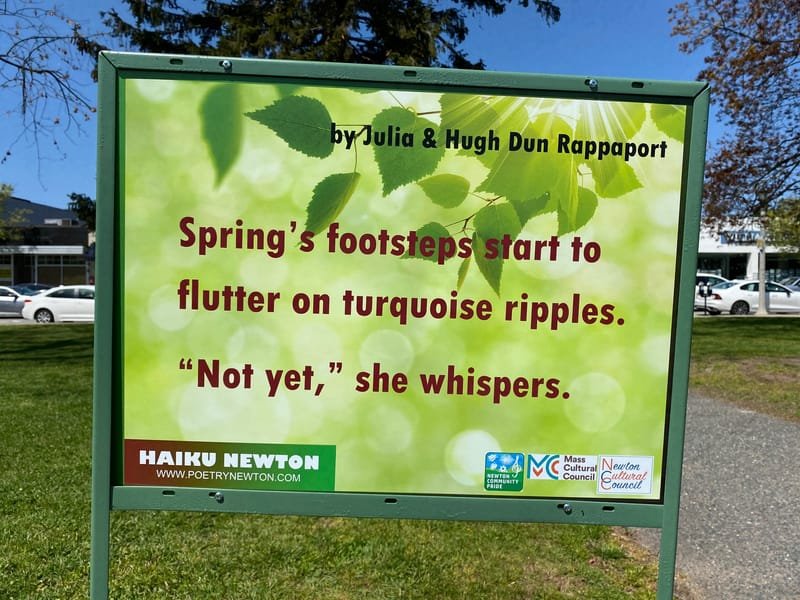 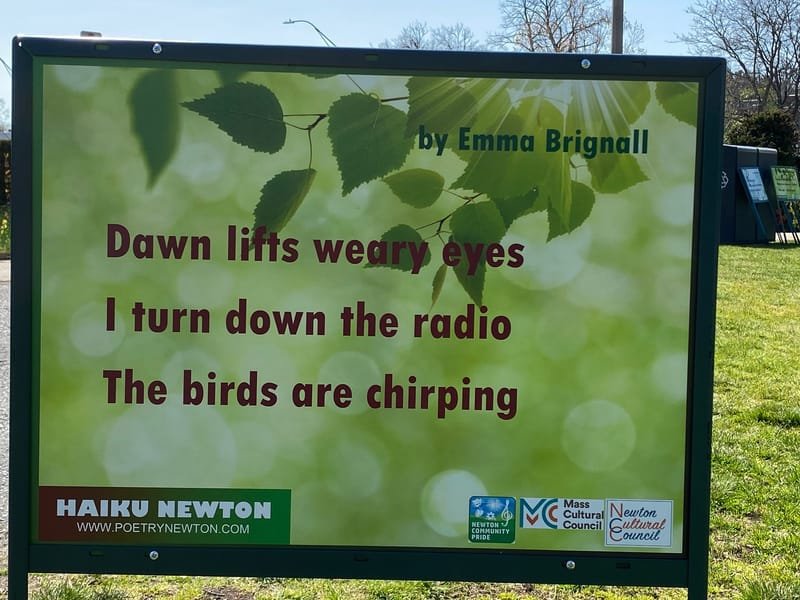 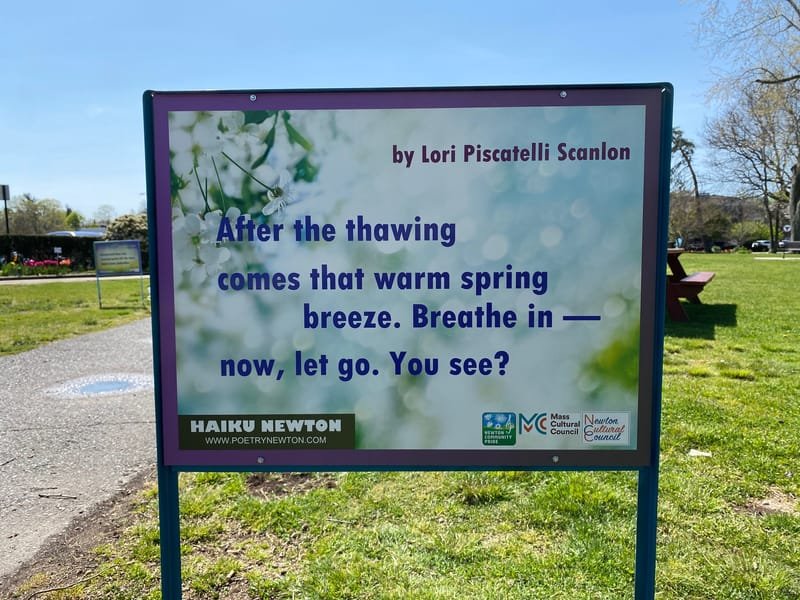 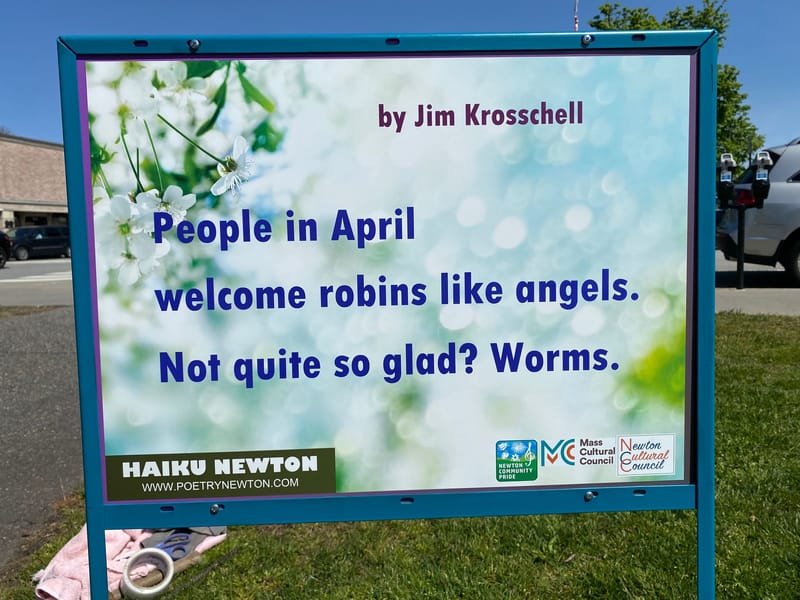 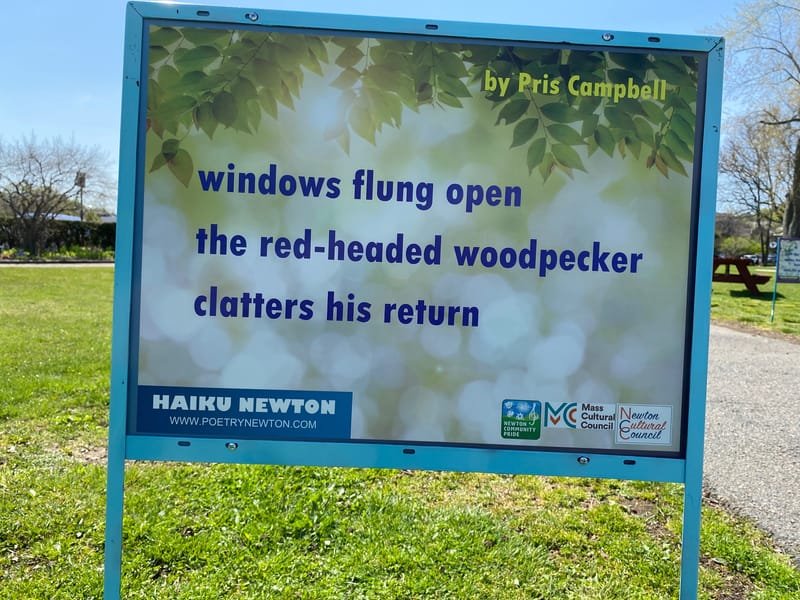 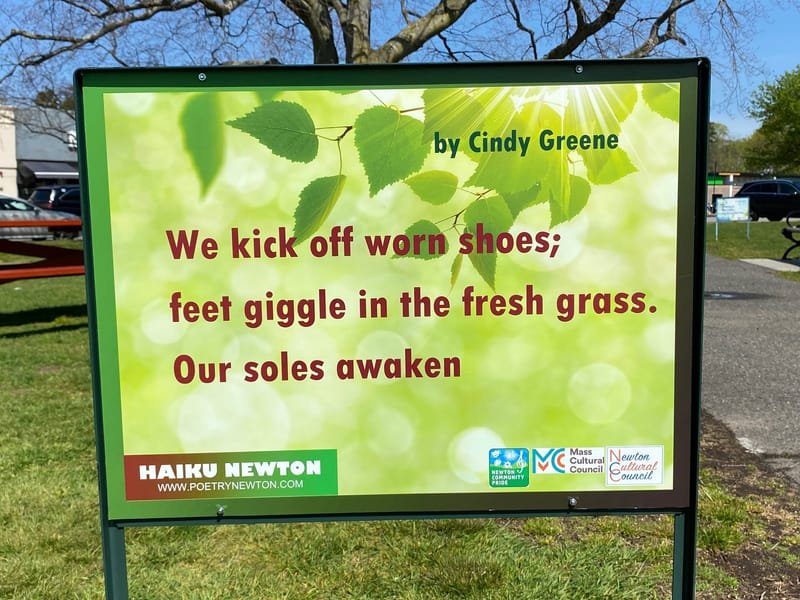 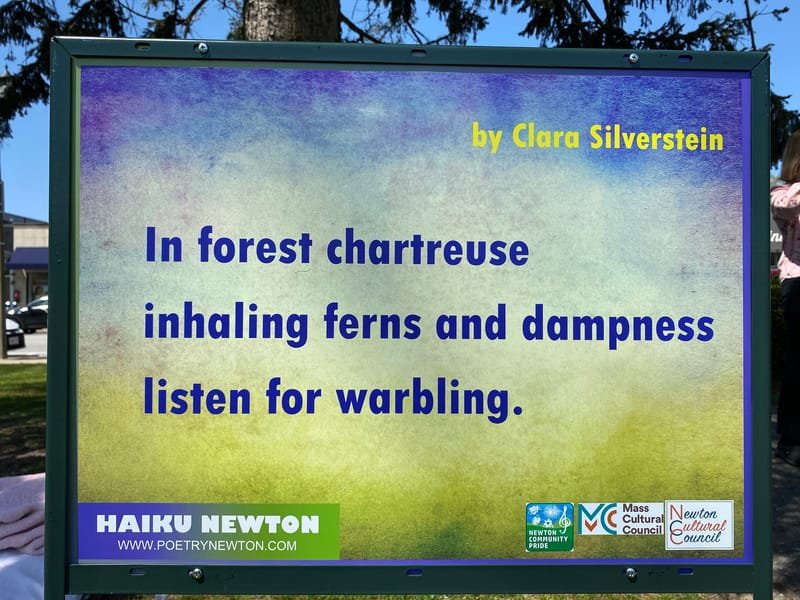 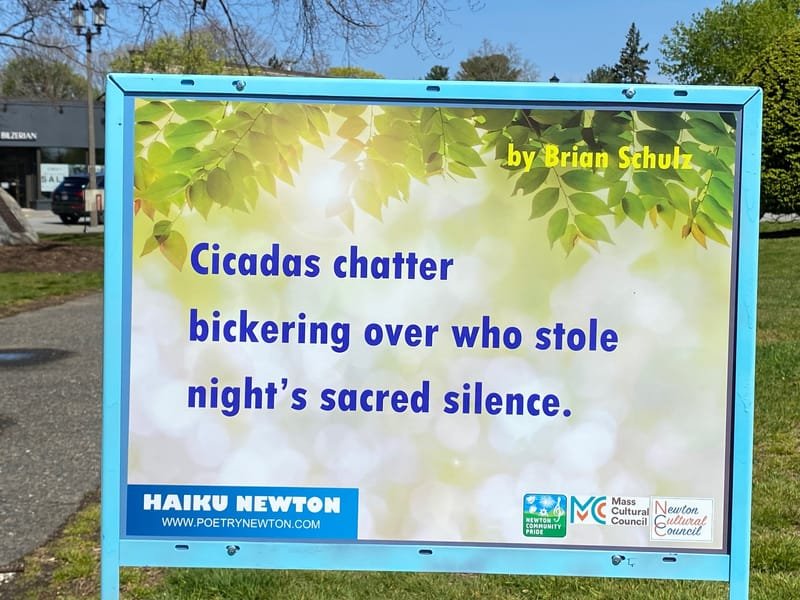 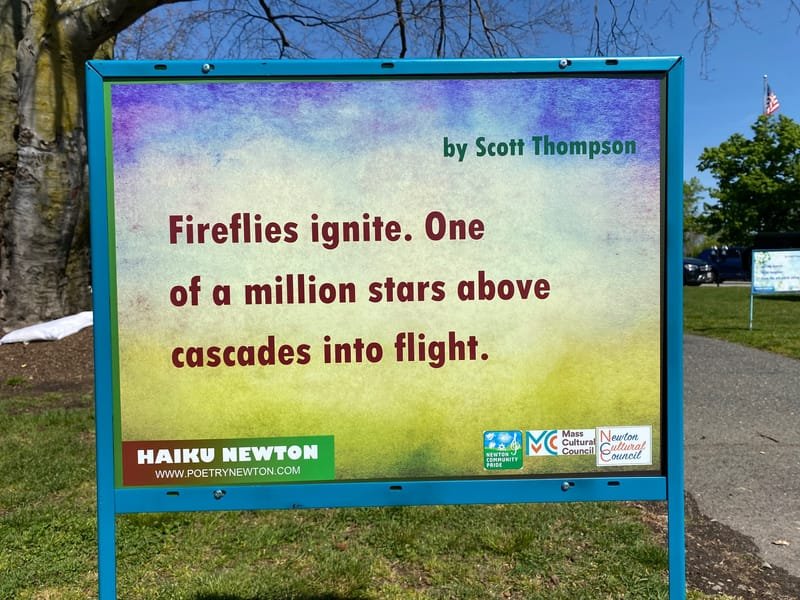 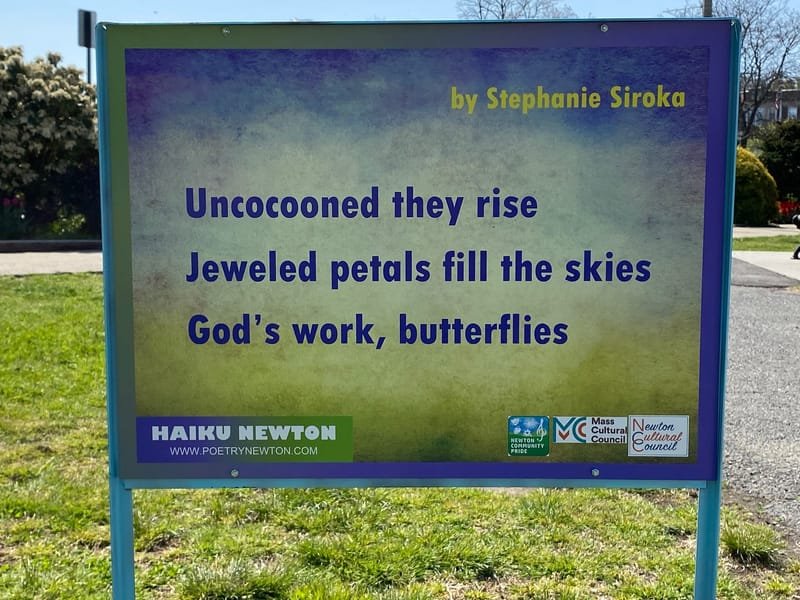 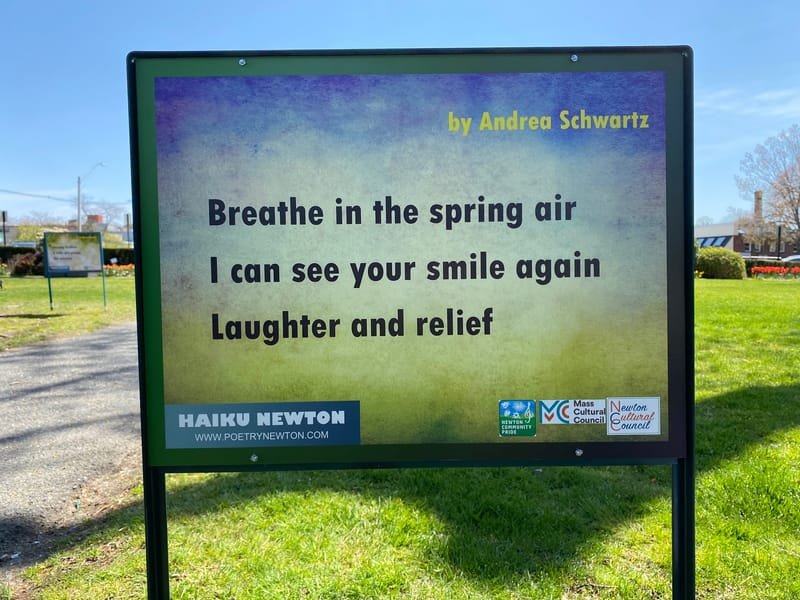 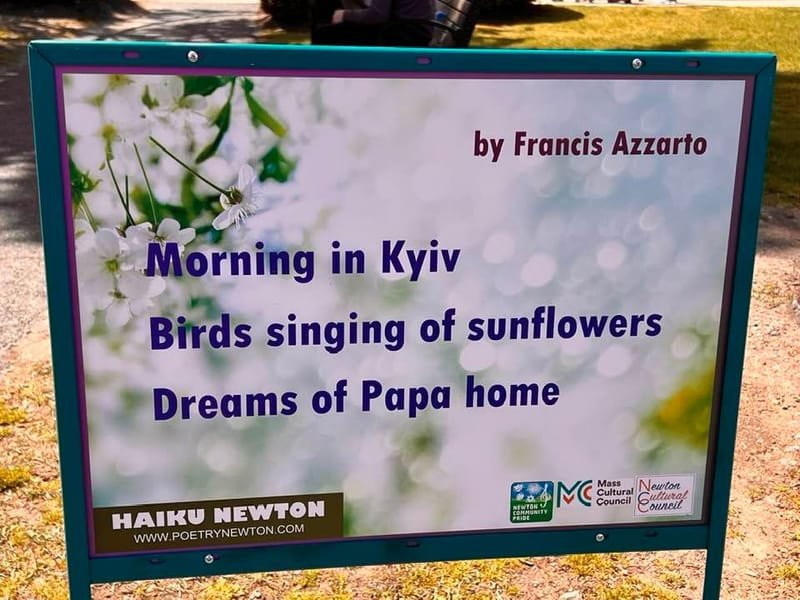 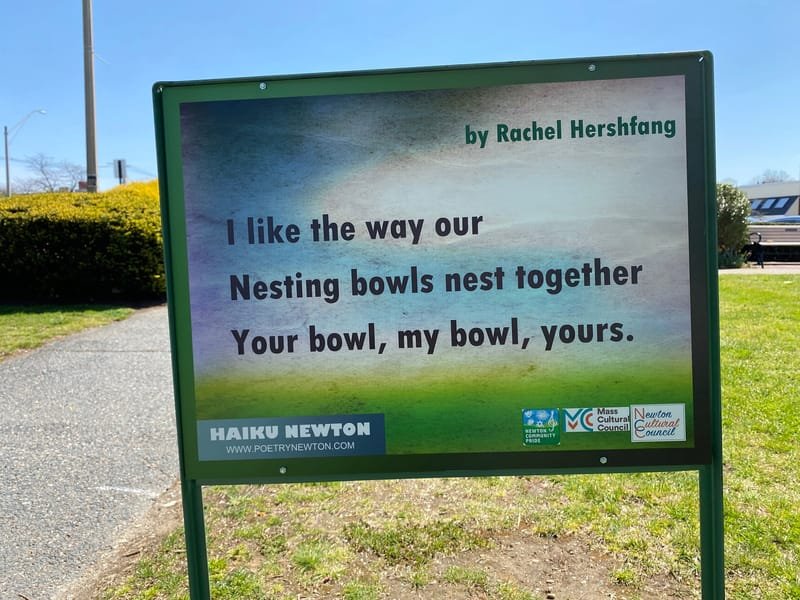 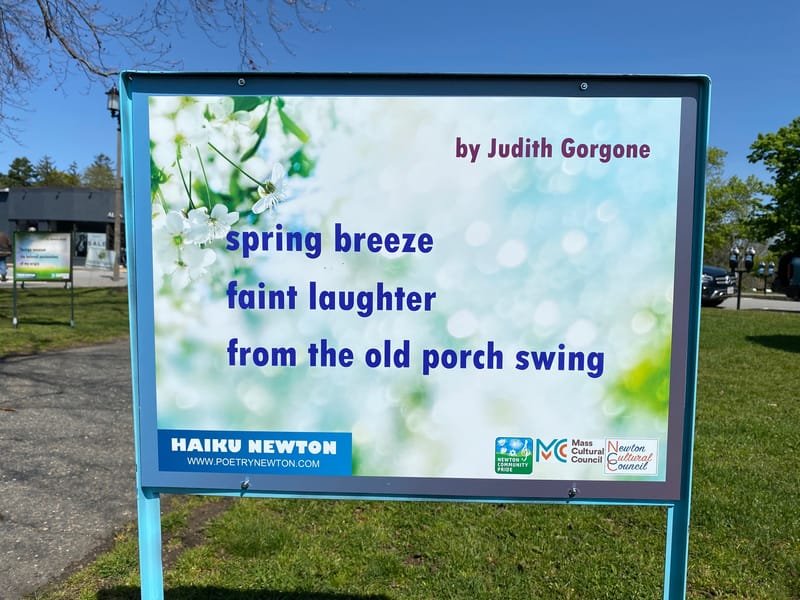 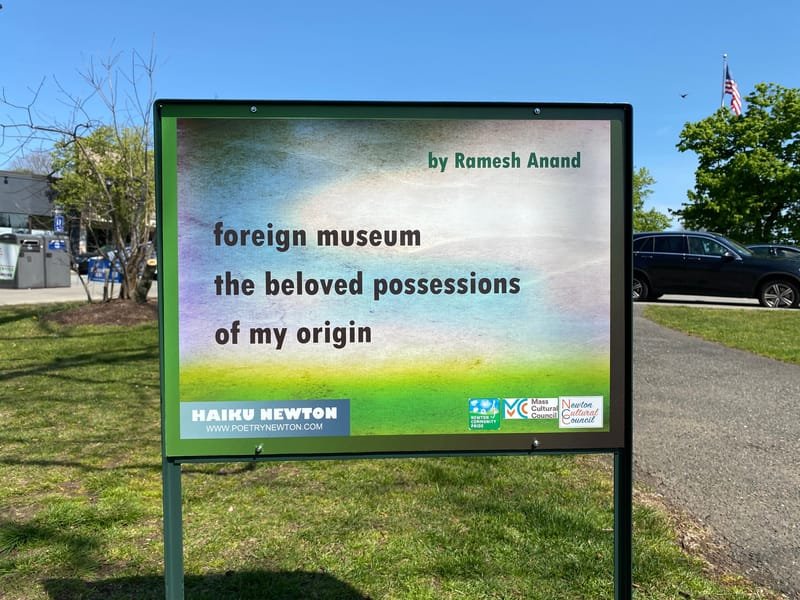 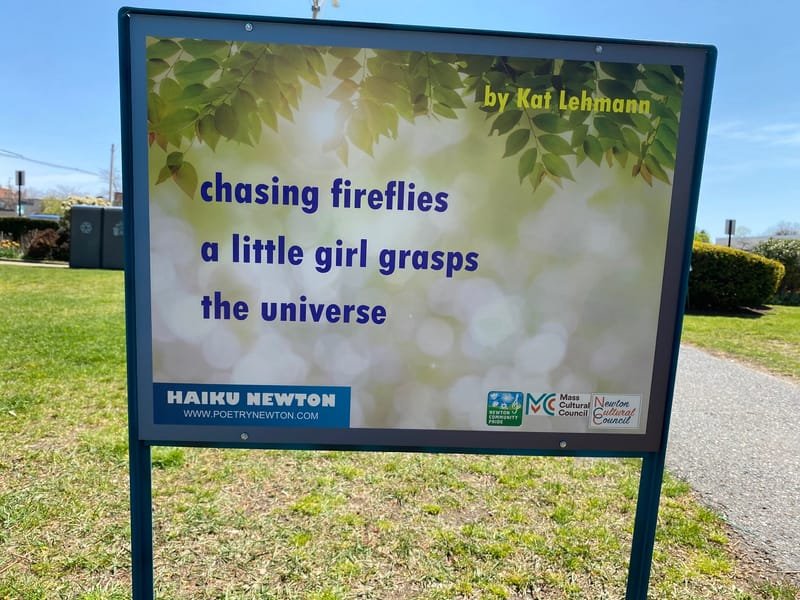 Grey Held is a recipient of a NEA Fellowship in Creative Writing, and the 2019 Future Cycle Poetry Book Prize Winner. Three books of his poetry have been published.

END_OF_DOCUMENT_TOKEN_TO_BE_REPLACED

Elizabeth Lund writes about poetry for The Christian Science Monitor, where she served as poetry editor for 10 years. She also hosts and produces Poetic Lines at NewTV.

END_OF_DOCUMENT_TOKEN_TO_BE_REPLACED

We're Grateful to our Sponsors

Collage of Voices: 100 Years of Women's Right to Vote

This video commemorates the centennial of the ratification of the 19th amendment and reminds us all how the arts were used to sway public opinion. The project features poems and songs written by five of the many notable suffragette poets, as well as work by three award-winning contemporary women poets.

Grey Held has brought poetry out of the book and into several unexpected venues through the Poetry in Place series. These projects, completed in the past few years, have included Make Poetry Concrete and Hidden Poems, Mother's Day poems written in chalk on the steps of Newton City Hall, and nature poems affixed to stones in Edmands Park.